All PlayFest 2021 plays are available
​to watch or read on Patreon now!

​A Message from Our PlayFest 2021 Producer, Matthew Kelty

Aloha Mai!
Happy New Year and welcome to PlayFest 2021, the 10th annual celebration of PlayBuilders Theater’s festival of new work!  This year the Festival is being presented to you here and on Patreon December 6 through January 31. The plays were presented one at a time in December and then in January, all the plays are available online again so you and our adjudicators have the opportunity to watch a second time or for the first time if you missed anything during the busy holiday season.

As you may know, PlayBuilders' mission is to gather and share real stories that resonate with and connect the many cultural rich communities here in Hawaiʻi. We have worked with residential communities such as Chinatown, Wahiawa, and Waipahu. We have also worked with groups of amazing people who were interested in exploring different issues that affect them such as Honoluluʻs LGBTQIA community, Former Foster Care Youth, Sexual Assault and Domestic Violence survivors, and most recently missionary descendants. Yes! Missionary descendants! We never know where our work may lead us.

We produce the annual PlayFest because of our commitment to creating and presenting new work.  The company is committed to representing the many voices in our communities, and this festival provides opportunities for playwrights that can be difficult to find.  The commitment to presenting work that represents Hawai‘i’s communities and creators is incredibly important, and I’m glad to have been able to help out in my small way.  Thanks again to Terri and to all of the PlayBuilders Board.

For many people, 2021 has been a year of adaption and change, and the same is true for us here at PlayBuilders.  There are some new elements to the festival this year; but some things – the really important things – have remained consistent over the last decade.

Of course covid has played a roles in some of the changes we have made. During the last two years we have streamed the Playfest  online rather than presented it live.  2021 has been a year of ups and downs, starts and stops, and all-around uncertainty.  We had originally intended for the festival to be live this year; but with so many things in flux, we felt that going online again this year was the right choice to keep our artists, audiences, and volunteers safe. It is a good thing we have because the numbers of the new omicron variant are surging at this moment in great numbers. We look forward to when we may get back to live performance.

We are proud of the wide variety of plays and topics presented in the festival this year.  From solo pieces to large casts, from 10-minute plays to full-lengths, and with settings from Germany to Hawai‘i and the Philippines, these plays examine big topics like family, war, ethnicity, gender, and art in stories that range from intimate to epic to farcical.  The five playwrights represented in this year’s festival have worked hard to bring these stories to you, and I thank them for the time and effort they’ve put in.  Thanks also to the directors, actors, videographers, editors, and everyone who helped to bring these pieces to life!

This year as in all prior years, the plays are being adjudicated. I would like to thank two very special theatre professionals Rasa Fournier and Jason Kanda for joining me to choose this yearʻs Best Play, Best Director, and Best Actor. Their bios may be read below. We look to you, the audience, to choose the Audience favorite. Simply email us at pbplayfest@gmail.com, and let us know which play you personally liked best.

One final word of thanks: to all of you watching or reading these readings.  Thank you for your interest in new work, and your support of PlayBuilders Theatre.  An arts organization is nothing without its patrons, and we’re very glad that you’re here.  I hope you enjoy the festival! 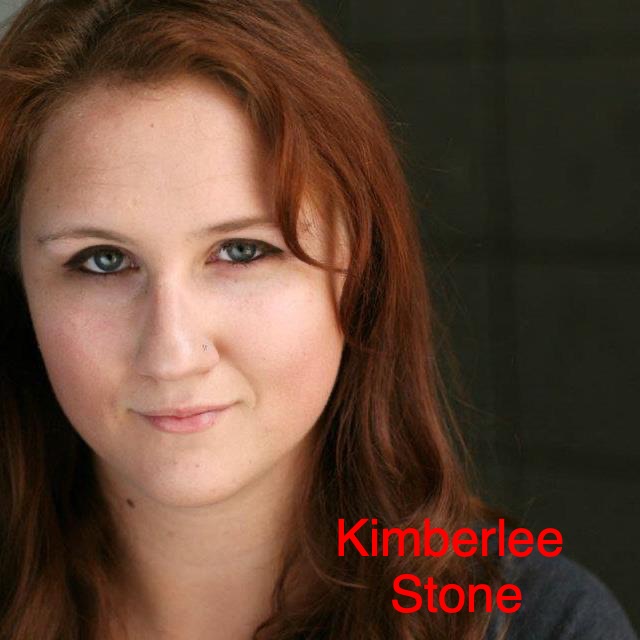 Kimberlee Stone - Playwright
Originally hailing from sunny California, Kimberlee centers her writing around the brining the ideas of family (found or otherwise), empowerment, and bringing visibility to issues of social justice for audiences of all ages. In addition to her being featured in this festival Kimberlee’s work can also be seen featured in the Virtual TVY (Theatre for the Very Young) Experience “The Journey to Me: A Sea Dragon Adventure” (launched in August) and  “When We Were Young” another virtual platform experience through UH Mānoa’s Late Night Theatre Series in November.  She hopes to continue to harness the power of playwriting and utilize it to empower other’s to use their voices through creative writing as well. This is Kimberleeʻs second time being selected for the PlayFest.

​
​"The supernatural Intervention of the Callow Burrows Twins"
​by Kimberlee Stone

A cleaver Gender-Bending, Noel Cowardesque tale of feuding twins, departed parents and the mysteriously powerful psychic who brings them all together.

Read the script for free below on Scribd.com!
(To watch videos of other plays,
go to patrion.com)

Charles Kaaiai
Charles Kaaiai recently retired from the Western Pacific Fishery Management Council as the Community and Indigenous Program Coordinator. He acted in community theater while in college. He was working as a consultant for the Seafood industry when he was approached by Playbuilders for a project about Hawai’i’s fishing community. Asked to read for Open Your Hearts Wide, he was cast as Hewahewa in "Open Your Hearts Wide."  This is Charles first time participating in the Playfest.

An adaptation of the short story, "House of Pride." by novelist Jack London. The play emphasizes the importance of Hawaiian culture and history through the tale of two brothers who hold very different positions in early 20th century Hawaiʻi.


(READ THE SCRIPT FOR FREE BELOW ON SCRIBD.COM!)
​
Enter Here. For only $5 a month Watch or read PlayFest 2021 videos until January 31. Mahalo for supporting PlayBuilders!

Zoomed Readings Available Now on Patreon ​
Symphony in Manila by Michael Markrich and directed by Jeff Orig, takes another true story as its foundation — a concert of Beethoven’s Eroica by the Manila Symphony Orchestra in the aftermath of World War II, conducted by a Jewish survivor of Dachau and Buchenwald.

​
​Read the Following New Plays for Free at Playbuilders.org.

Please note:
PlayFest 2021 Audience Favorite, Best Play, Best Director, and Best Actor will be Announced by January 31.
In the meanwhile, the plays are available to watch on Patreon. Mahalo nui!

​PLAYBUILDERS MISSION IS TO GATHER AND SHARE REAL STORIES THAT RESONATE WITH, EMPOWER, AND CONNECT PEOPLE THROUGHOUT THE CULTURALLY RICH AND DIVERSE COMMUNITIES OF HAWAI'I.
Support Us